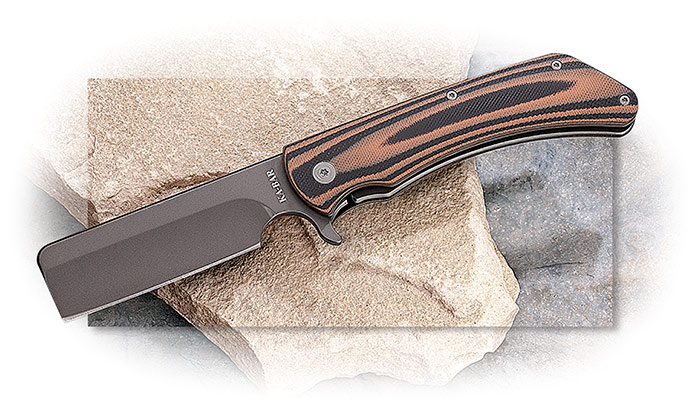 The Ka-Bar® Mark 98-R is a new folder introduced in 2022, and part of the Mark 98 line that was first introduced in 2018. This line of knives from Ka-Bar offers modern style flipper folders that are very affordable. The 3-3/8" razor shaped blade is ideal for opening boxes and making precise cuts. The blade and stainless steel liners are black coated, complimenting the brown and black G-10 handle scales.

The hollow ground blade is 5Cr15 stainless at 53-56 Rc. Has a liner-style lock. Measures 4-1/2" closed. Weighs 5.3 oz. The tip-up or tip-down position clip is coated black, blending in with the overall look of the knife. Made in China. Suggested retail is $34.64.