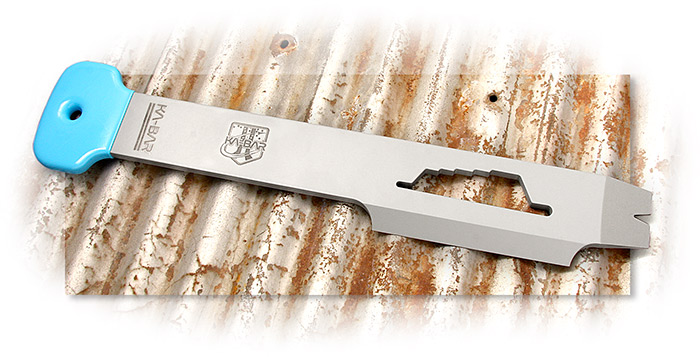 In a post on April Fool's Day 2019, Ka-Bar announced that they had signed on as the "Official Knife of Space Force". The post went viral. The United States Space Force is now an official branch of the U. S. Military. While the name has not been licensed to any company, Ka-Bar has successfully registered the trademark "USSF" for use on knives. These knives feature grey powder-coated blades and bright blue handles.

The Bridge Breacher is made from one solid piece of 1095 Cro-Van steel coated in a gray powder coating. This tool has a pry bar tip, slotted wrench opening in the center and a chiseled blade. Measuring at 13" overall. The butt is coated in a blue Plastisol to help with grip. Does not include a sheath or pouch. Weighs 1 lb 6.5 oz. Made in the U.S.A. Suggested Retail $88.43.