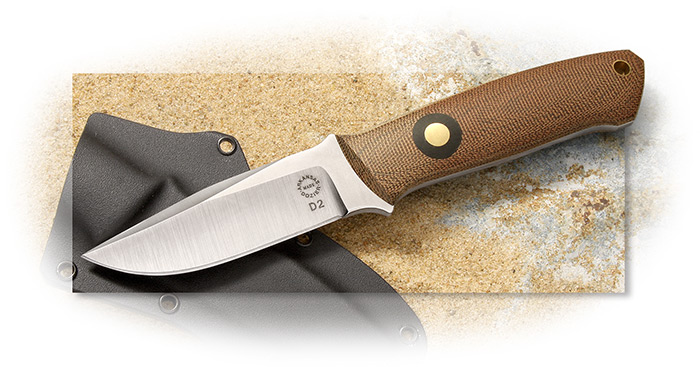 As are all the Arkansas Made Dozier knives, The Body Guard is elegantly simple and practical. The 3-1/2" blade top swedged clip point blade is D2 tempered to 60-61 Rc. With the Dozier heat treat, it is sharper and will hold an edge better that any other knife you may own. While D2 is not considered stainless, it is reasonably rust resistant. The ergonomic shape of the handle has been carefully thought out and offers total control of the knife blade and point. Right now, it is available from us in two handle materials, green Micarta® with a single inlay of black Micarta®. This knife comes with a horizontal Kydex® belt sheath. Measures approximately 7-3/4" overall and weighs approximately 4.5 oz./6.2 oz. in the sheath. (Measurements may vary slightly since this is a handmade knife.)