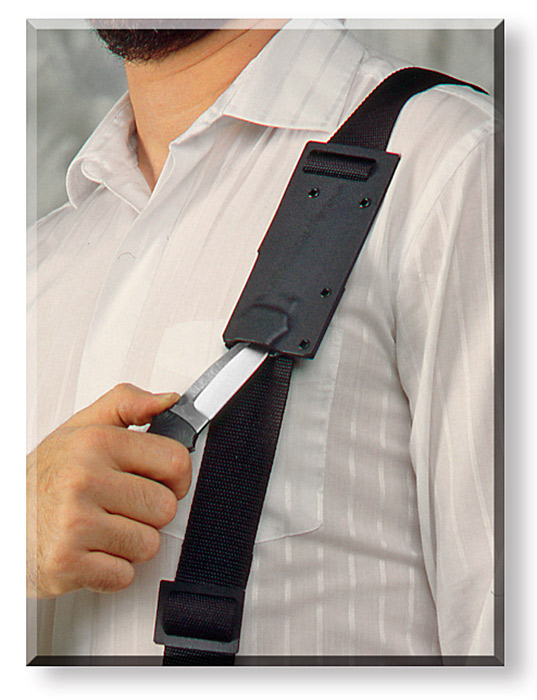 The Dozier Arkansas Toothpick is a practical knife with a 3-1/2" blade that is single edged but double ground. You can sharpen the clip portion of the swedge if you are willing to risk the various double edged laws around the country. The ergonomic shape of the handle has been carefully thought out by the maker and offers total control of the knife blade and point. This knife has a blade of D2 tempered to 60-61 Rc, it will really hold an edge and is reasonably rust resistant. The handles of black Micarta® have a single inlay, perfectly fitted, of red Micarta®. This knife comes with the same belt/shoulder harness sheath of Kydex® that Bob puts on his New York Special. Measures 7-1/2" overall. Weighs 5.0 oz. Made in U. S. A. 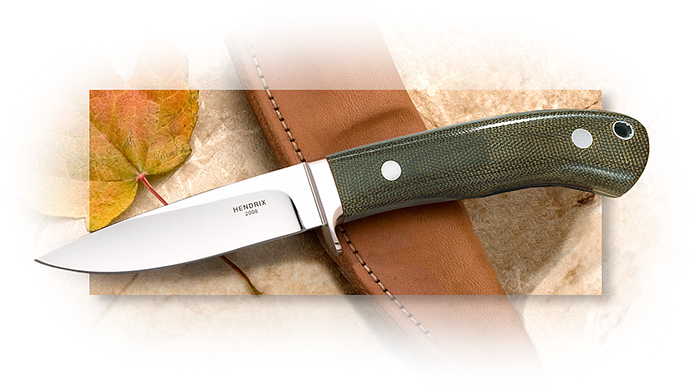