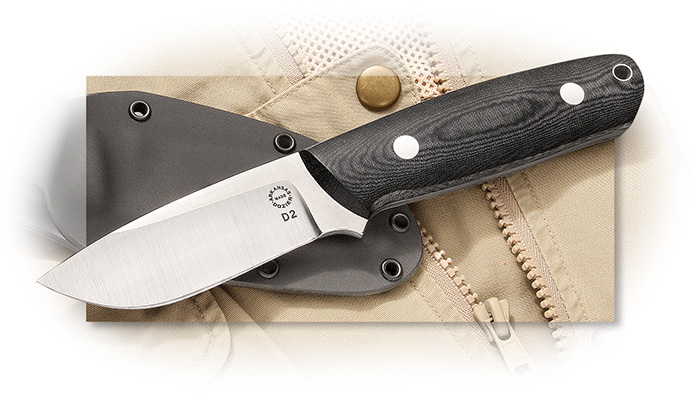 An A. G. Russell Exclusive!

This is the drop point blade carried to its ultimate conclusion. A knife suited to the skinning of any animal on this or any other continent. The 3-1/2" by 1-1/8" blade of D2 at 60-61 Rc. will flay everything from a small whitetail to a 20 foot salt water crock with the same ease, and will hold an edge beyond your experience. Bob Dozier's personal heat-treat of D2 is fast becoming legendary among knife aficionados (those of us who love knives and great edge holding). This blade has a great skinning curve beneath the classic drop point and a satin finish well suited to the use the knife can expect. The handle has the ergonomic, "shaped for use" contours you would expect from Bob Dozier. It is not intended for those with small hands, this is truly "Man Sized". We are happy to offer either Black Rucarta 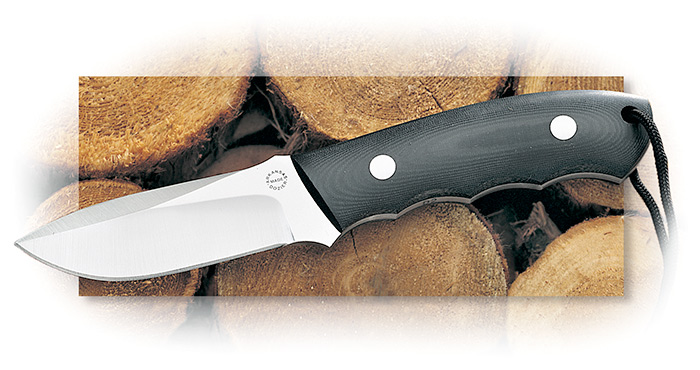