Bob Dozier's Professional Guide's Knife was developed for the professional packer or guide who works in remote areas and does not want to carry more than one knife. This knife is large enough to do the whole job on any big game animal as well as camp chores. It will also have a good edge when other knives have become dull. Using his standard D2 at 60+ Rc, which he heat treats in his own shop to assure quality control, Bob has produced a man sized knife. Both the blade and the handle are larger than most of his knives. This knife is perfectly suited to the man with large hands, or regular hands, with big jobs to do.

I just received my Dozier Professional Guides Knife. I am very happy with both the knife & how quickly it was delivered.

This is my second Dozier knife. I have a Canoe I bought directly from Bob in Atlanta a few years ago. I have knives from Jon Graham, Mike McRae, Newt Livesay, as well as knives from TOPS, Benchmade, CRKT, More, & that company that A.G. doesn't like, & I have to say that if anybody makes a better outdoorsman's knife than Bob I am unaware of it.
Thanks,
Joe R. Joe R. Charlotte, NC 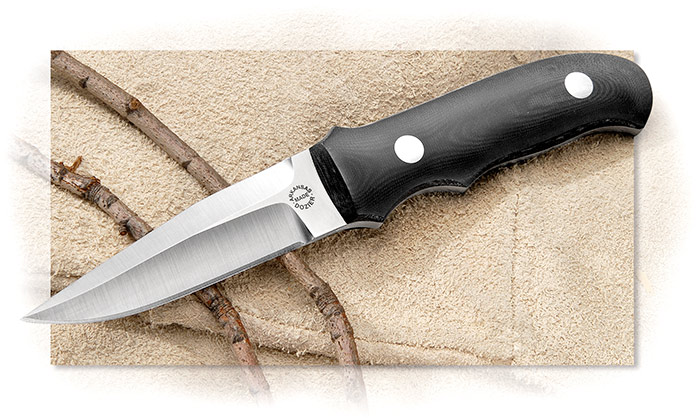