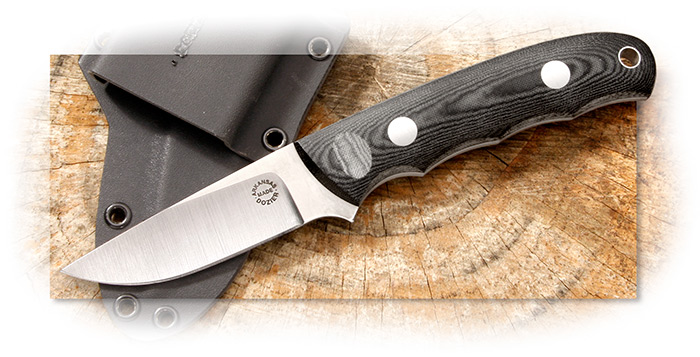 To most of the people reading this Bob Dozier's knives speak for themselves. The D2 high-carbon, high-chrome tool steel, hardened to 60-62 Rockwell, really holds an edge and the Dozier Kydex® sheaths that are molded to each knife hold the knife until the owner removes it with the magic release that Bob has designed into it. The flawless fitting of the handle material, in this case a black Rucarta™, and the no frills finish that allows a handmade knife to be sold at prices that might grace many of today's production knives, make this a very attractive knife from many points of view. These knives can be ordered with left handed sheaths.

Bob's concept of a personal knife is a knife that can be carried day in and day out; a knife that is never in the way but is always instantly available. 2-7/8" blade, overall length measures 6-3/4". Comes with a horizontal black Kydex® sheath. Weighs 4.4 oz. Made in the USA. 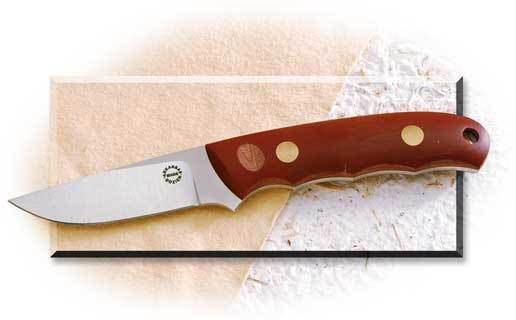 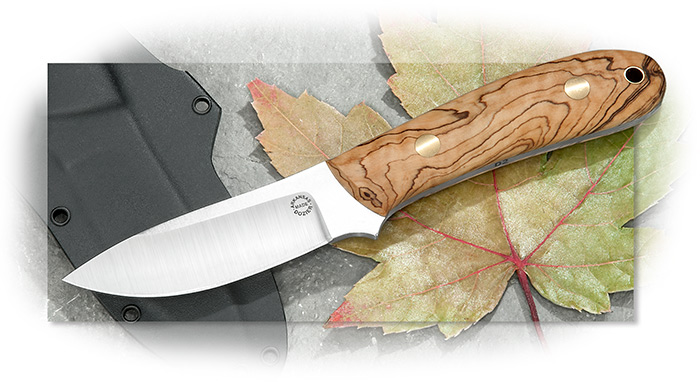 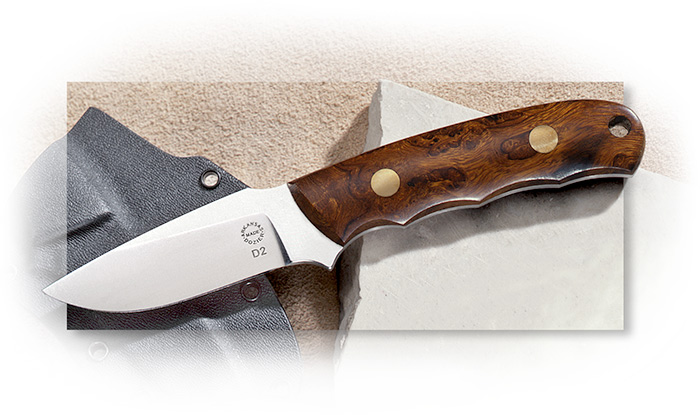