As an avid outdoorsman and hunter, Ethan Becker is certainly capable of designing a knife for those activities. He personally tests and approves, or not, the prototypes of the knives he designs. The Combat Bowie is a mixture of his trademark ergonomic handle design and a traditionally profiled American Bowie style blade. It is proven to perform well during extended periods of use with less user fatigue than most other knives in its class and is a useful performer in a variety of combat and fieldcraft chores.

The handle scales are injection molded Ultramid®, a material known for its high mechanical strength, stiffness and thermal stability. They are contoured and smooth to ensure there aren't any rub spots when the work day is long.

The tang flares, creating a guard to ensure your hand never travels onto the blade. Measures 14-3/4" overall. Weighs 16.7 oz. Includes a MOLLE compatible Cordura® sheath with hard insert. The knife is made in the U.S.A. The sheath offshore. Suggested retail is $187.53. 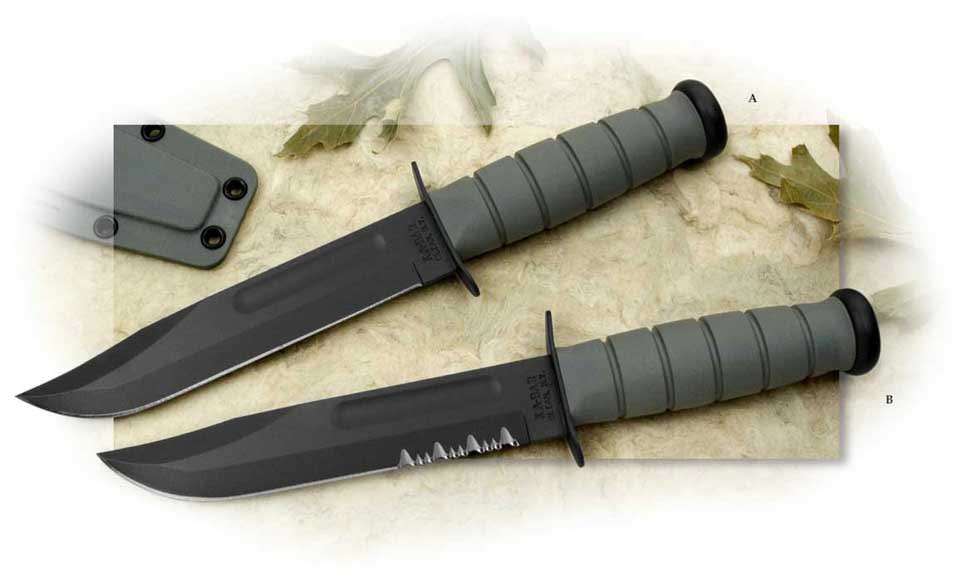 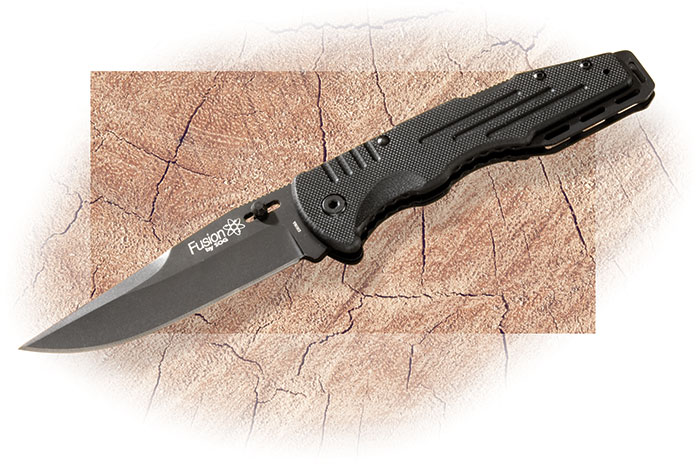