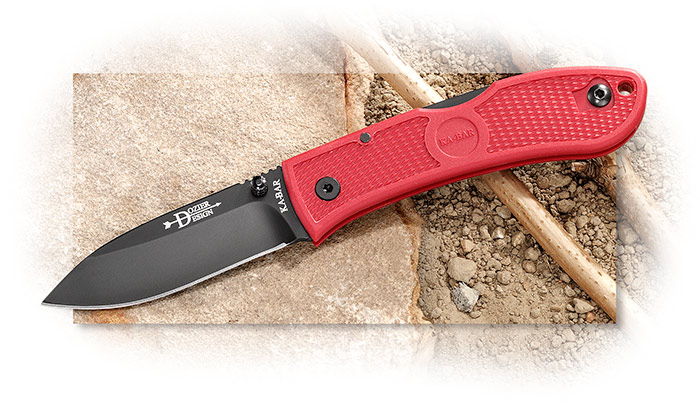 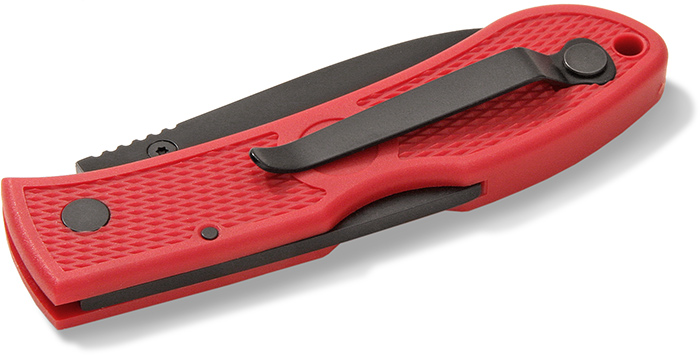 Ka-Bar® introduced the first Dozier lightweight folder in late 2002. Since then, they have introduced several variations in blade style and handle color. At the 2019 S.H.O.T. Show, they introduced Bob's Folding Hunter (their most popular) with a red Zytel® handle and a black powder coated blade.

The 3" hollow ground blade is AUS-8 at 56-58 Rc. fitted into a 4-1⁄8" handle of red Zytel®. This is a lockback which gives you a positive and secure lock. The clip and thumb stud are both reversible so the knife is truly ambidextrous. The clip is positioned for tip-up carry. Weighs 2.3 oz. Suggested retail $34.16. Made in Taiwan.