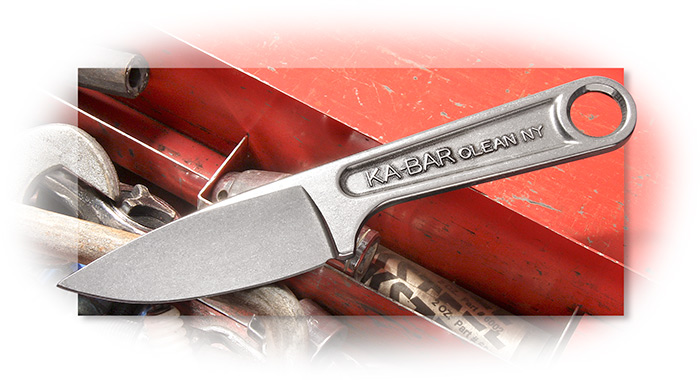 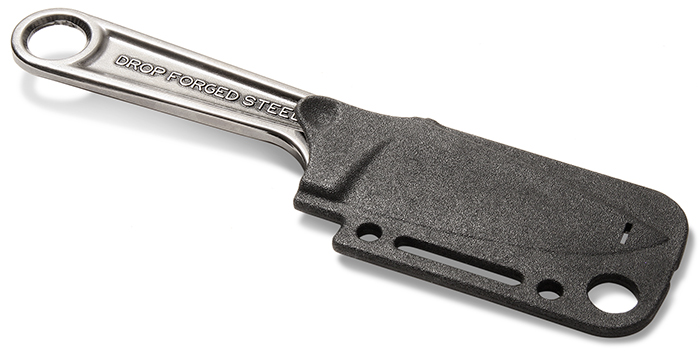 What an unusual knife. Just looking at the KA-BAR Forged Wrench Knife, you might think that somehow it has been made from an existing crescent wrench. Not so. It is forged and finished in the USA of 425 High Carbon Stainless Steel. Due to the forging process, each knife will be slightly different. The butt of the handle has a round hole, just like a wrench.