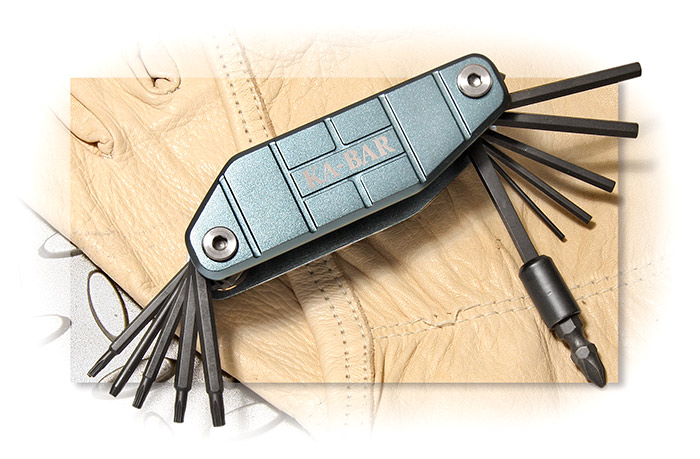 The KA-BAR Gun Tool is a must have for your range bag. A variety of hardware makes the Gun Tool vital when working on your firearm, knife and countless other items. The handle is made of blue anodized aluminum. The tools are made of S2. The bits are held inside the frame magnetically.