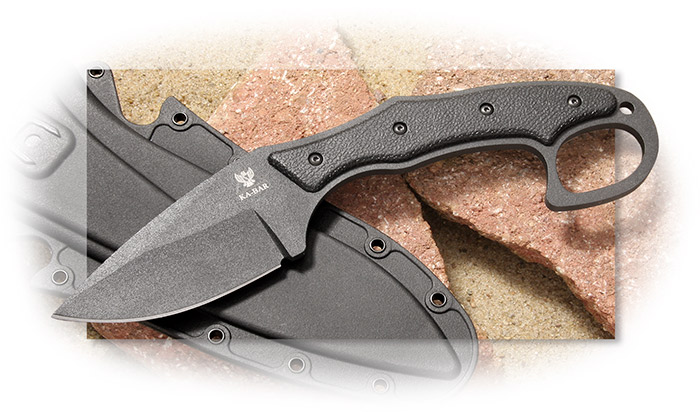 KA-BAR TDI Law Enforcement knives are effective for close-quarters defense. Each one is designed to be easy to draw, sure when gripped and ambidextrous. Designed by John Benner, a 33-year veteran police Lieutenant. While serving as President and Chief Instructor of Tactical Defense Institute, John Benner saw time and time again what he already believed to be true from first-hand experience: In a conflict, fine motor skills deteriorate and gross motor skills are most effective for fending off assailants. Benner then set out to design a low-profile fixed blade knife for law enforcement, military and security personnel that could be drawn quickly and efficiently in times of duress. After more than a year of prototype samples and in-field testing, the Benner-approved TDI knife was put into production.

The same basic principles that founded that first knife were incorporated into all future TDI models, which now features an expansive line of tactical knives. The TDI Pocket Strike was designed as a comfortable, convenient, and concealable fixed blade.  The hard plastic sheath of the Pocket Strike rests inside of your pocket and clips to the outside of your pants.  The ring loop makes it easy to find and quickly deploy the Pocket Strike.