Home > About Us > Goodbye to a Dear Friend

Goodbye to a Dear Friend

A.G. Russell, III passed away Friday, October 12, 2018 at Northwest Medical Center in Springdale, AR. Born in Eudora, AR on August 27, 1933 to Andrew G. Russell, Jr. and Odessie Marter Russell, he graduated high school in Long Beach, California, served in the U.S. Army, and worked in various sales ventures in California before moving his young family to Northwest Arkansas in 1964. He attended the University of Arkansas in the mid 1960s where he earned a Bachelor's Degree in Business Administration.

A.G. made his first knife at the age of nine in the family's blacksmith shop in Southeast Arkansas. A.G. Russell Knives, a presence in NW Arkansas since the mid-60s, began on the kitchen table of his farm near War Eagle Mill where he sold Arkansas sharpening stones through ads in gun magazines. Once pocketknives were added to his inventory, the names he collected from magazine sales enabled him to form the first mail-order knife company in the country.

A visionary, he traveled the U.S. from Florida to Alaska in the late 1960s where he met and befriended many knifemakers who became legends in handmade knives in America and around the world. At his encouragement, he along with twelve men met and conceived the Knifemakers Guild which came to be in the very early 1970s. A. G. was named Honorary President. This organization is still in existence today.

Promoting knifemakers and the knife industry was his passion for the rest of his life. The many, many industry achievements throughout his lifetime included being the first member of the Knife Digest Cutlery Hall of Fame. At that time the editor, William L. Cassidy, stated, "It's time to favor you with a bit of history and a bit of public celebration. The history in question is the history of America's 'knife boom' and the celebration is the grateful acknowledgement of the man who made it happen. People who know him will say that every month he freely spends his time, money, and energy promoting knives and knifemaking. Indeed, it is to Andy Russell that we owe the American Knifemakers Guild, the big annual knifemaking shows, the resurgence of knifemaking as a respected profession, and finally cutlery's new boost in popularity. Rest assured of one fact my friends, the credit is Russell's and his alone. A.G. Russell has done more for cutlery than any man living. Thanks, Andy."

From his father, a survivor of the March Out of Bataan, A.G. gleaned a strong sense of patriotism and responsibility. He was an Army brat who was raised to be proud of who he was as an American and believed that he was special because of it. In 2004, he began a program to support the troops serving in Afghanistan and Iraq. Care packages, as a part of his "War on Troop Boredom", included a pocket size copy of the U.S. Constitution, a knife, paperback books, magazines, field tweezers, CDs, DVDs, and bandages, among other things were sent to troops serving in those areas. Accepting donations from his customers and industry friends, this successful outreach program impacted thousands of our men and women serving in those areas. He was especially proud to hear from many soldiers who were thankful to be remembered while away from their families serving our country.

Often referred to as the grandfather and elder statesman of the knife industry, one of A. G.'s most favorite things to do was work with customers in the store, particularly young children. A natural salesman, he could be found, most days and almost every Saturday, from 9 a.m. - 3 p.m. behind the counter, educating customers, telling stories and showing off his newest designs. He was known to carry no less than six knives on his person at any given time.

He was a force in the lives he touched. There will never be another friend to the cutlery industry as passionate or honest as he was. As a friend once stated, 'A.G. has forgotten more about knives than any other person will ever learn about them.' He leaves a remarkable legacy. He will be missed.

Left to cherish his memory are his loving wife and business partner of 30 years, Goldie Russell, children A.G. Russell, IV (Ginger), Kay Russell, Susan Wharton (Wayne) all of Springdale, AR and son Thomas Russell of Durango, CO, eight grandchildren and four great-grandchildren. He is also survived by his sister Odessa Parker and brother Willliam (Bill) Russell, both of Abilene, TX, several nieces and nephews, and scores of friends the world over.

Visitation was held Sunday, October 21, 2018. The family will receive friends from 3 p.m. to 5 p.m. at the Westfield Chapel in Springdale, AR. Funeral services was held on Monday, October 22, 2018 at 2 p.m. at Lakeview Baptist Church, Cave Springs, AR. Interment was at Pinnacle Memorial Gardens, Rogers, AR. Pallbearers will be members of the staff of A. G. Russell Knives. Members of his family will serve as honorary pallbearers.

In lieu of flowers, based on A. G.'s wishes, the family requests that memorial contributions be made to one or more of the following:

An industry celebration of A. G.'s life is planned for mid-November. Details will be announced at a later date by e-mail, the company website and social media. 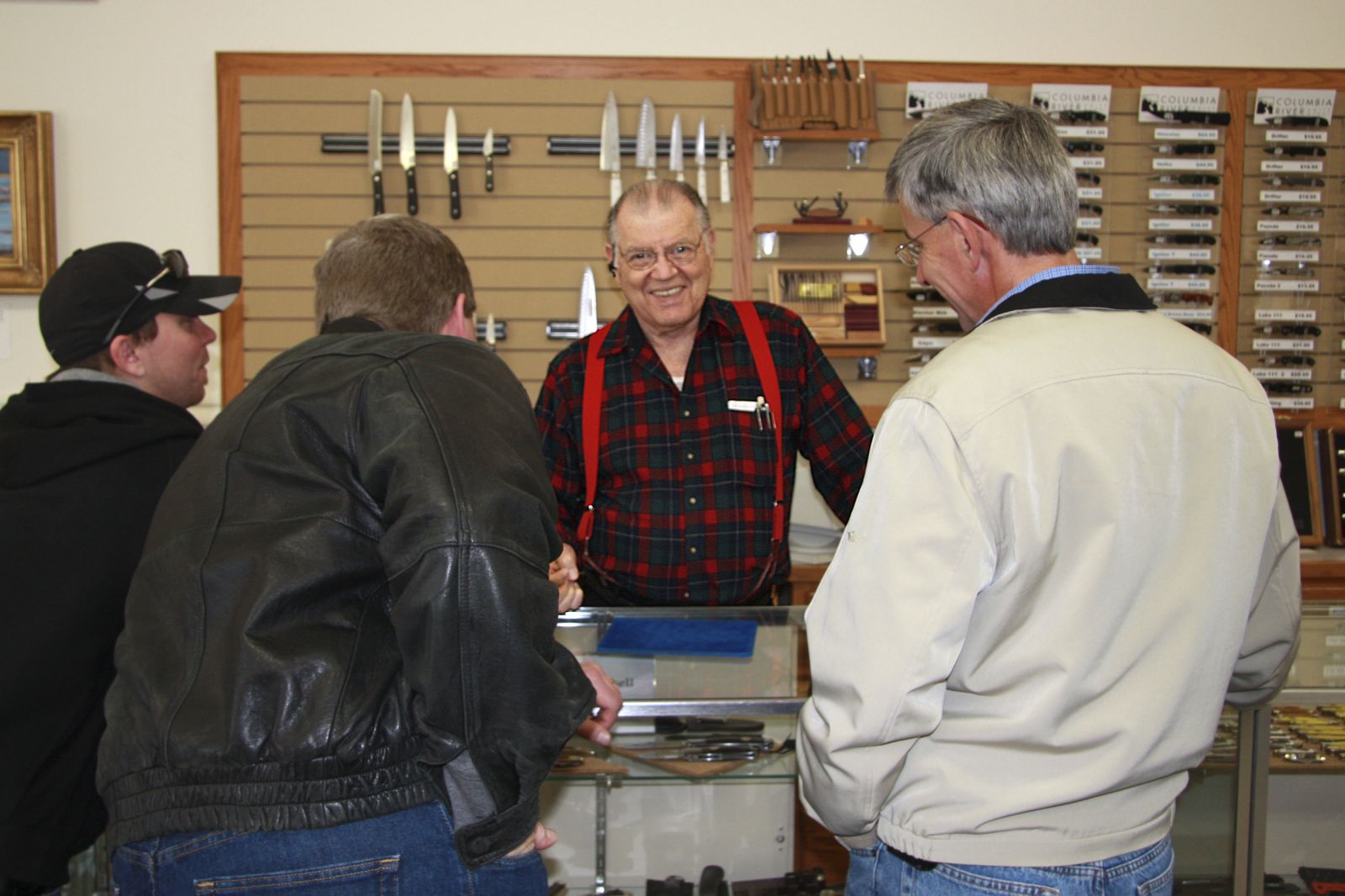 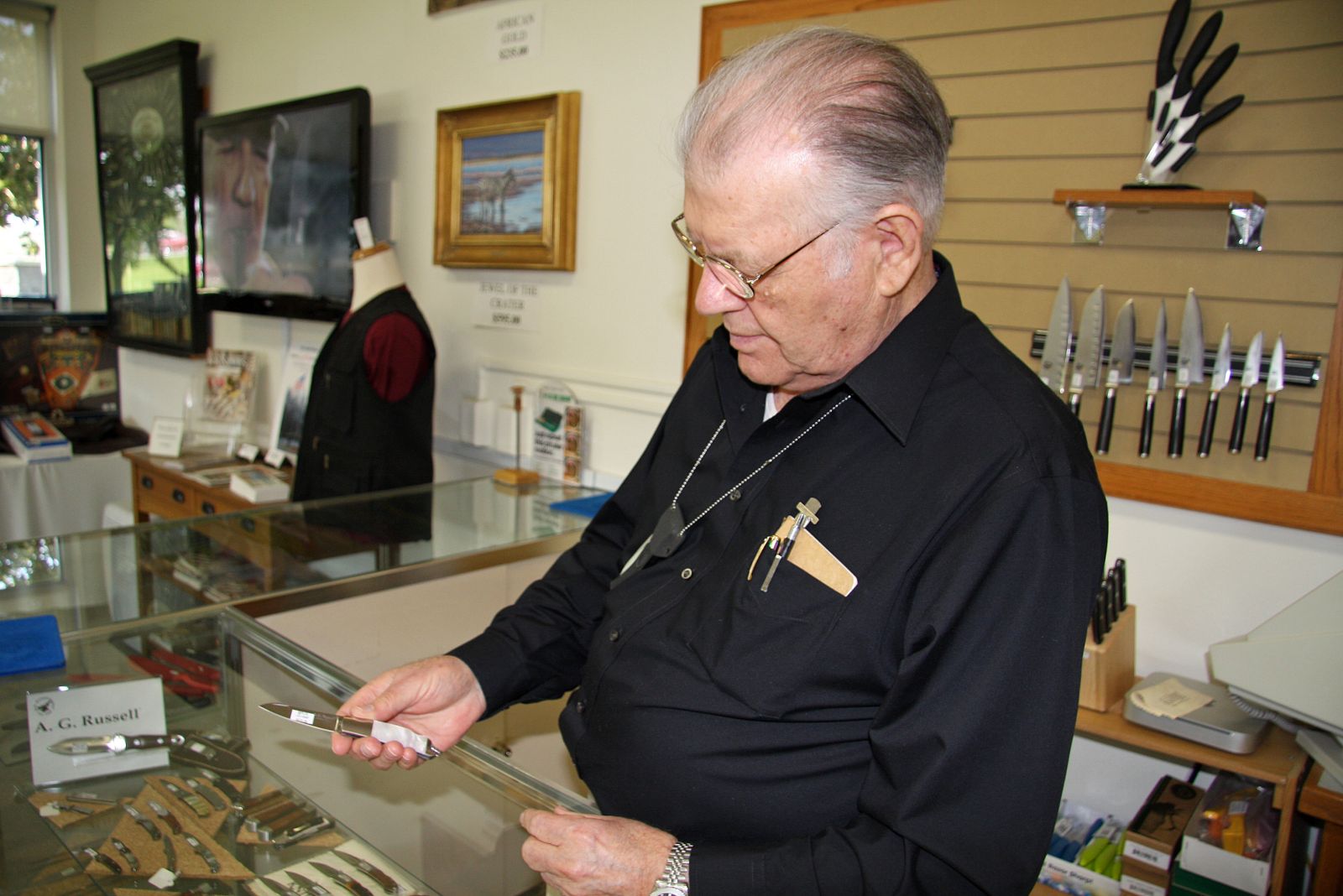 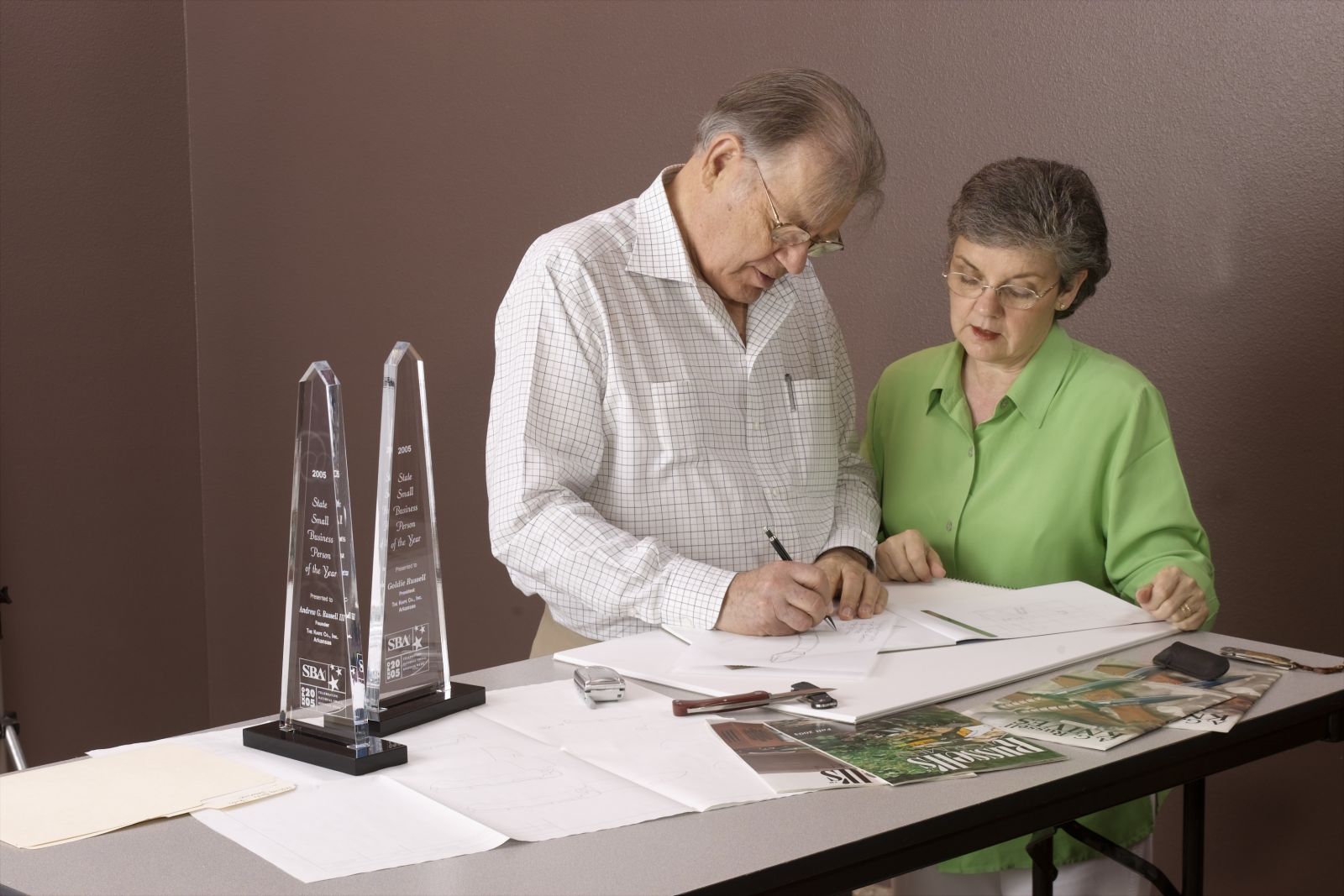 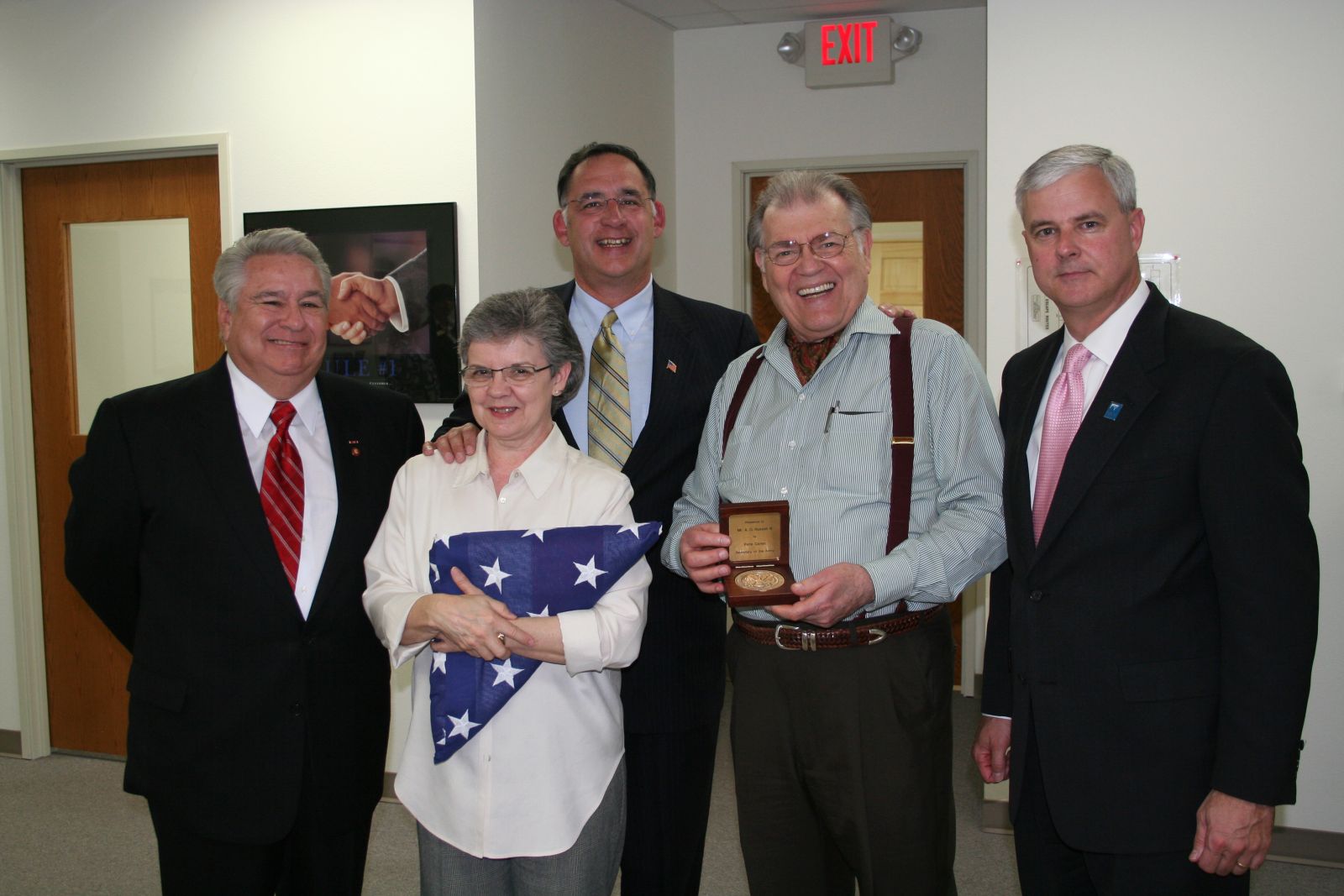