The Iron Age began between 5 and 6,000 years ago. The change from iron to steel is lost in time. We know that reliably produced high carbon steel was not possible until somewhere in the past 200 years.

Steel was soft until it got to the point where blade smiths were producing high carbon steel. Before high carbon steel, blades needed to be thicker for strength, and edges needed to be sharpened more often. For those in the field, the whetstone was an everyday carry item. You couldn't depend on your blade being sharp for any length of time.

High carbon steel was the first type of steel to really start holding an edge. It made a profound difference in the design and use of tools. Armies that gained access to high carbon steel held a potent advantage over enemies who had yet to gain it. It changed the steel world significantly.

What is High Carbon Steel?

Carbon steel is an alloy of iron and carbon. Technically, a steel becomes high carbon when the carbon content is greater than .55%. Carbon content can reach as high as 3.4% - which is extraordinarily difficult and expensive to obtain. Typically, a high carbon steel will range from .55 - 1% carbon.

In the 1800s scientists and industrial developers from the UK, France, and Germany all contributed to the invention of Stainless Steel. Observations of possible steel improvements were noted as early as 1820, but nothing significant was achieved until the 1900s. 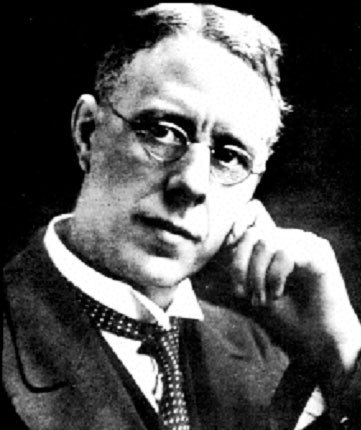 One of the more prevalent and notable claims is from Harry Brearley from Sheffield, England. This isn’t very surprising as Sheffield has been a center for cutlery since the sixteenth century. Brearley was appointed lead researcher at Brown Firth Laboratories in 1908, and somewhere between 1910 and 1914 he created a steel with enough Chromium to be considered Stainless Steel. The date varies from source to source.

Brearley originally dubbed it ‘Rustless Steel’ but his later partner Ernest Stuart suggested ‘Stainless Steel’ and that is the name that stuck.

The stainless steel was used to make table knives that would not rust. Unfortunately, while the knives were rust resistant, they didn’t work as well as could be hoped for. Brearley soon earned the reputation of being the inventor of the “knife what would not cut”.

Stainless steel worked for table knives for 50 years before metallurgists learned to make a stainless steel that would hold an edge.

Only in the 1960s did the Swiss Army pocket knife people begin to use a high-carbon stainless steel in their knives. They were soon followed by Schrade and more slowly by every other knife company in the United States.

As we learned more about chemistry, chemical bonds, and invented better microscopes, we began to understand steel better. Metallurgy has improved significantly over the last few decades. Now metallurgists have created some fantastic high carbon stainless steels that hold an edge better than anything before.

Studies have shown that when a steel has at least 10% Chromium (Cr), it protects the steel from rust. Free Chromium attracts and unites with Oxygen molecules to form a protective layer over the steel surface. This layer prevents the oxygen (O) interacting with the Iron (Fe) to form rust (Fe2O). Luckily, this layer heals itself whenever it receives scratches, cuts, or dents. Stainless steel is also resistant to the corrosive nature of many acids.

There are three kinds of stainless steel: Ferritic, Austenitic, and Martensitic. Martensitic is the important one as it is used in cutlery, knives, and multipurpose tools.

Extra tidbit: All martensitic and ferritic steel is to some degree magnetic, Austenitic steel is not magnetic.

High Carbon stainless steel is an alloy that contains iron, at least .55% carbon, and at least 13% Chromium by American cutlery standards. This cut off is what makes D2 steel technically a non-stainless steel, as it usually has 11% to just under 13% Chromium.

According to ISSF (International Stainless Steel Forum) Stainless steel must contain a minimum of 10.5% Chromium rather than 13%. So you may find that the definition of stainless steel will differ slightly between America and other countries.

Stainless steels often have several other elements added in to improve various attributes. I will write a future article explaining which elements improve which qualities.

Stainless steel requires significantly less maintenance than a non-stainless steel. Now, stainless steels will not be completely blemish free. They stain less - they are not stain free. However, they are resistant to discoloration, rust spots, and acid attacks, and they will not be vulnerable to the complete steel destruction as the non-stainless blades are. Blemishes and surface rust will typically be the extent of the damage, and you will not get even those with a little care.

Some perceive stainless steels as being harder to sharpen. There’s some truth to this, but as a categorical statement of fact, it is false – it will depend entirely on which steel we are talking about.

Stainless steels have been experimented with endlessly, and there are lot of very high grade premium steels out there. The great majority of “super steels” will be labeled stainless.

So, Which Is Better?

I am repeatedly amazed when customers come in and insist on buying a non-stainless knife and two weeks later bring it back because they have cut fruit with it and the blade has changed color or they allow it to get wet and it now has rust spots. This after more than 50 years of high quality, very successful performance by high-carbon stainless steel blades. There are still people who think their great-grandaddy’s ideas about the poor quality of stainless steel are correct today. And then expect the non-stainless to perform like stainless!

There are a lot of fabulous, stainless steels out there that will perform better than a non-stainless steel. It will all depend on the grade of steel and what you are trying to do with it.

That doesn’t mean non-stainless steel is useless. There are still plenty of times when it is the best steel for the job. It’s often a little cheaper to produce, it is generally very tough, and often easier to dress up and sharpen the blade edge. I find this true of tools that are supposed to be cheap and abused - like machetes or bushcraft knives. However, in my opinion, stainless steel is better overall when it comes to pocket knives. It performs as well or better, and requires less maintenance.