Below is a list of classic fixed blades with a short definition/descripiton and a picture. Of these, many have been around for a long time, and over the years many variations of each have evolved. No one simple definition will encompass every variant. Rather, we’ll give the definition(s) we feel best describes that style of Fixed Blade.

The Barong was the principal weapon and tool of the Moro peoples of Sulu, Mindanao and North Borneo. A broad, leaf shaped, heavy blade, generally measuring between 14 and 18 inches in length and over 3 inches wide. Traditionally built with a slender handle and no hilt but with an elaborate pistol style pommel. Sometimes, but rarely seen with a false edge.

Figure 128 Page 101 - Construction, Decoration, and Use of Arms and Armor in All Countries and in All Times by George Stone

A Boot Knife is usually a small dagger with a 3" to 4" blade, small enough to be hidden in the boot or under the pant leg. The A.G. Russell Sting 3 is an excellent example of a boot knife. Many sheaths for Boot knives have what’s called a Boot Clip – a very strong, usually broad metal clip designed to clip onto a boot. 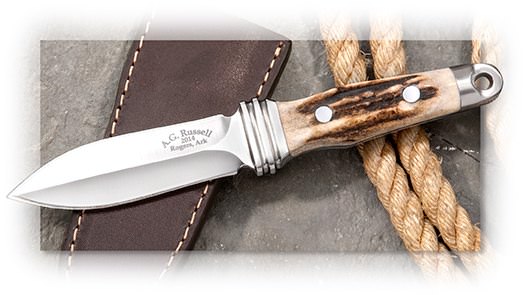 There are various styles of knives considered by many to be “Bowie knives”. The most common and accepted is one with a large (8-14") Clip point blade with a Double Swedge, sometimes sharpened and sometimes a False Edge. It is believed that James Black made a knife of this type for James Bowie. Legends of Bowie’s exploits with his knife grew, popularizing the term "Bowie Knife". The second most common Bowie blade style is the Spearpoint. A good example is the Rio Grand Camp Knife. Learn a little more about the history of Bowie knives in this video.

A Camp Knife is a large knife intended to be used around a camp, both as a knife and as a substitute for a small axe. It can perform camp chores such as slicing the morning bacon, splitting firewood and kindling, or trimming bush. A Camp knife usually has a 7-1/2" to 10" blade which measures 1-1/4" to 2" wide. 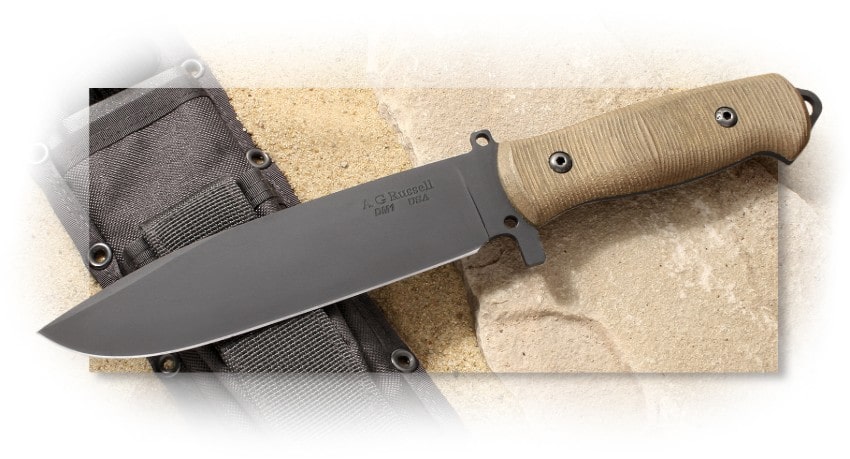 A Caping knife is a small knife intended to do the detail work around the face of a trophy animal. The Daniel Crotts Designed Black Widow Caper is an excellent example.

A Dagger has a very tapered blade with a precise, sharp point designed for thrusting and penetration. It usually has a central spine or fuller, and is double ground. The blade is typically 3” to 12” in length and usually less than 1-1/4" wide. A dagger is frequently sharpened on both edges, but sometimes only on one. The term Dagger is very generic, and even the above definition does not fully encompass many types of daggers, but it does give you a useful idea of what someone would typically mean when using the term “Dagger.” A dagger is not necessarily a fixed blade; it can be a folder as well.

The Fillet Knife was designed for the filleting of fish. The blade, of necessity, is thin, flexible and narrow, and will typically measure from 4" to 8". It is rarely very wide. There are fillet knives with longer blades designed for larger fish, such as catfish or larger salt-water fish. Most American knife companies produce fillet knives. They are sometimes used for boning.

The Golok is a style of knife from the jungles of Malay. It is a chopper that was used for nearly everything and it was also used in war. It has a heavy single edge blade with a straight back and a strongly curved cutting edge. There are great variations in size, and in hilts and scabbards. We find this knife used today as a machete.

Figure 306 Page 249 - Construction, Decoration, and Use of Arms and Armor in All Countries and in All Times by George Stone

A hunter is a belt knife used for general camp chores and the processing of game animals. It usually has a 3-1/2" to 4-1/2" blade, rarely longer.​ 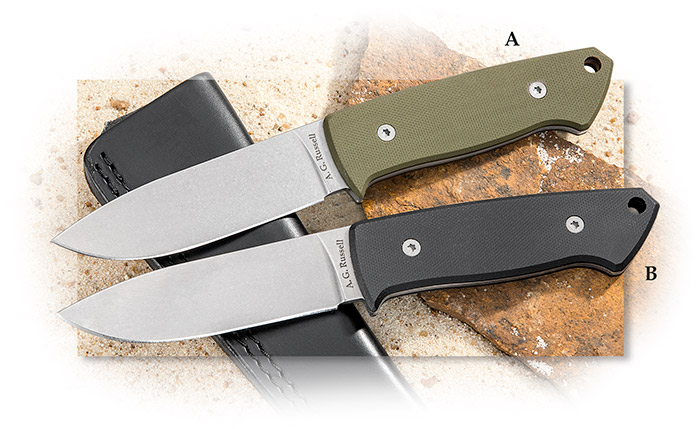 The COOKRI, or KOOKERI is the National Knife of Nepal and the famed weapon of the Gurkas of that nation. The name has morphed into Kukri or Khukuri. Of all the tools associated with specific nationalities, the Kukri has become the most well known today, probably because of the Gurkas' involvement in WWI as a part of the British Army. The Kukri is similar to a machete except the blade has a heavy inward curve. It is traditionally a utility knife, and has similar functions to the Machete. Its shape allows it to be used much like a sickle, gathering in material to be cut and running it along a curving edge. This changing edge gives the blade excellent cutting abilities.

A Machete has a long, broad blade and is used in many of the same situations where one would use an axe. Blades are usually between 12 and 18 inches long. The term Machete is rather generic, and can encompass anything from a large camp knife to a Kukri. Machetes are typically used in agriculture and yard work, from clearing shrubs to small trees to harvesting sugarcane. They do better in this function than axes because of the longer edge, allowing for longer slashes than any axe. In tropical areas, one is sometimes used for preparing food as a cleaver for meats, or for opening coconuts. This Ontario 18" machete is an excellent example of a typical machete, and its 60+ years of service being built to U.S. Government specifications has made it an iconic tool.